As part of the computer vision class I’m teaching at SBU I asked students to implement a segmentation method based on SLIC superpixels. Here is my boilerplate implementation.
This follows the work I’ve done a very long time ago (2010) on the same subject.
For graph-cut I’ve used PyMaxflow: https://github.com/pmneila/PyMaxflow, which is very easily installed by just pip install PyMaxflow
The method is simple: 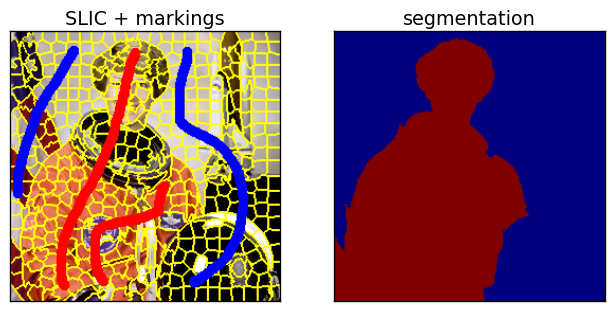