SO I’ve been trying to create a bootable live USB of some linux distro on the Mac and failed consistently. That is – until I found a magical solution!

Nothing worked. I kept getting “Missing Operating System” or just failures on boot…
Until I found a post by this guy Christofer, who published a very important piece of information that got me through the problem:
I needed to write the MBR to the USB after formatting to FAT32 because UNetBootin (or anything else) did not do that…
http://perpetual-notion.blogspot.com/2011/08/unetbootin-on-mac-os-x.html
Basically the procedure is simple:
1. Format to FAT32 with Disk Utility 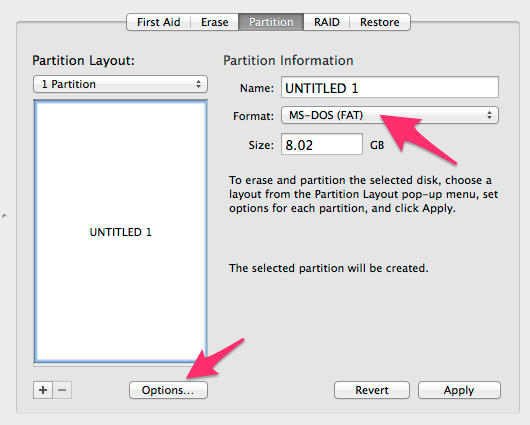 Make sure you select the Master Boot Record 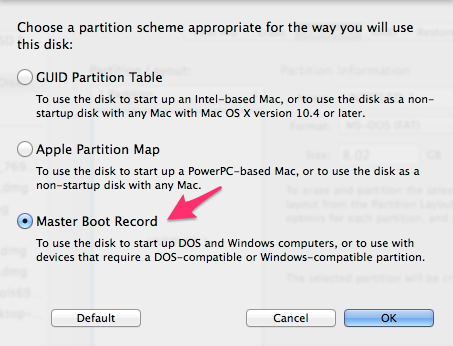 2. Use fdisk to write the MBR to partition #1
Make sure you first unmount the partition using DiskUtil (or command line: diskutil umount /dev/disk1s1)

(it may complain a bit, but should work, just keep going)
3. get syslinux and upload the MBR binary
I had to use “/dev/disk1” instead of “/dev/rdisk1” to make it work.

I’ve found the mbr.bin in the latest syslinux download under

.
4. Use UNetBootin as usual
That worked for me…